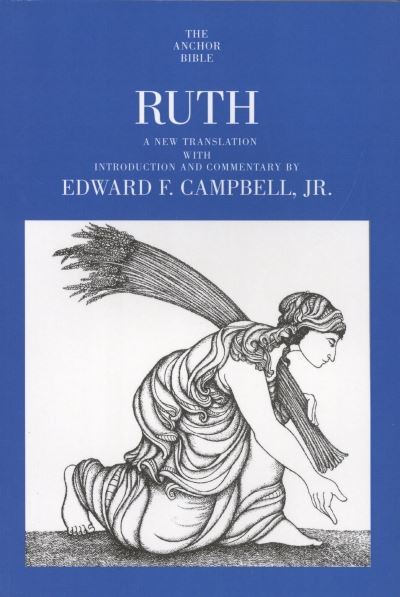 Ruth (Volume 7 in the Anchor Bible Commentary Series), a tale of human kindness and just dealing far beyond the norm, contains elements that for centuries have been the subject of debate. With a sprightly translation and a commentary rich in informed speculation, Professor Campbell considers the questions of layman and scholar alike.

Finding no overt mighty acts, the layman asks, "Why was Ruth included in the Bible at all? Where is God?" Professor Campbell shows that God is not only present throughout but is indeed the moving force behind all the developments of the story. Naomi, Ruth, and Boaz each act as God to each other, by taking extraordinary responsibility and performing extraordinary acts of kindness. And it is God who is responsible for the series of coincidences on which the plot hinges.

The scholar's questions deal with such matters as purpose, date, and genre. Professor Campbell's research into ancient customs and linguistics suggests to him that Ruth is a historical novelette, entertaining and instructive, composed not long after the reign of King David, during the time of Solomon or within the subsequent century. Professor Campbell demonstrates the storyteller's skill with sensitive analysis of form, pacing, and wordplay. By delving into word origins and nuances he shows how convincingly the characters are developed. One instance: Naomi and Boaz use obsolescent language, emphasizing the generation gap between them and Ruth.

In addition, the illustrations help the reader understand unfamiliar elements of the story—the setting, the agricultural seasons and harvesting, the clothing of the times, the city gate where elders and interested villagers gather to make sure that all is done in a just and godly way.