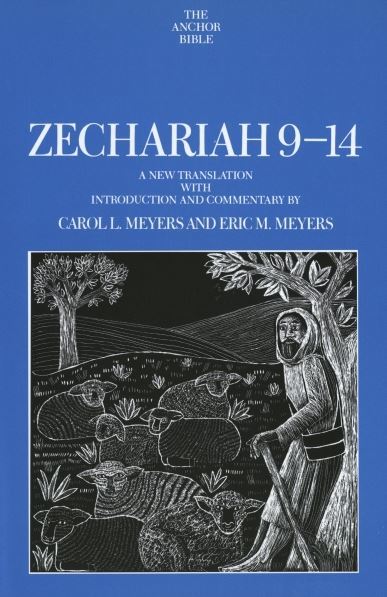 This commentary and new translation of Zechariah 9-14 continues the appraoch adopted in the authors' 1987 Anchor Bible volume (25B), Haggai and Zechariah 1-8. Authors Carol and Eric Meyers are perhaps uniquely qualified for this work because of their backgrounds in biblical archaeology and the social sciences. Employing the highest standards of philological, literary, and historical research, they shed light on many enigmatic passages and offer an entirely new perspective on the history of Israel and its religion in the Persian period.

Whereas many scholars have viewed this point in the history of Israel as a time of deterioration of the beliefs and practices of biblical religion, the Meyerses paint a picture of an innovative and vibrant community struggling to maintain its identity within a rapidly changing world dominated by the mighty Greeks and Persians. In the face of this the author of Zechariah 9-14 makes extensive and transformative use of earlier biblical writings and of the sayings of previous prophets, and articulates a radically new view of Israel's future.

The Meyerses are the first modern commentators to see in these ancient texts the central role played by the Greco-Persian Wars in shaping the postexilic Restoration Community of Israel and its views of an expansive and glorious future. And althought Zechariah 9-14 is often regarded as the swan song of biblical prophecy, the Meyerses clearly demonstrate that the new modes of prophetic discourse found within this text helped biblical religion to meet one of the greatest challenges in its long history.

Eric M. Meyers and Carol L. Meyers are husband-and-wife team of biblical scholars and archaeologists from Duke University in Durham, North Carolina. They have codirected an archaeological project for many years and have collaborated on other publications, including the Anchor Bible volume 25B, Haggai, Zechariah 1-8. Carol is currently vice president of the Albright Institute of Archaeological Research, and Eric serves as the president of the prestigious American Schools of Oriental Research.