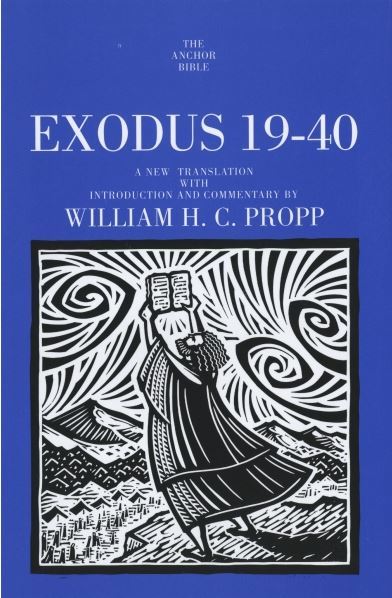 The long-awaited conclusion of William H. C. Propp’s masterful study of Exodus, this informative, clearly written commentary provides a new perspective on Israelite culture and on the role of ritual, law, and covenant in biblical religion.

Exodus 19–40 sets a new standard in biblical scholarship. Thorough and up-to-date, it is the first commentary on Exodus to include critical textual evidence from the recently edited Dead Sea Scrolls. Informed by Propp’s deep understanding of ancient cultural mores and religious traditions, it casts new light on the Israelites’ arrival at Sinai, their entry into a covenant with God, their reception of the Law, their worship of the golden calf, and their reconciliation to God. The incisive commentary on the building of the Holy Tabernacle–God’s wilderness abode–is supplemented by numerous illustrations that clarify the biblical text. Propp extends the scope and relevance of this major work in five appendices that discuss the literary formation of the Torah, the historicity of the Exodus tradition, the origins of Israelite monotheism, the Exodus theme in the Bible, and the future of Old Testament scholarship. By taking an anthropological rather than strictly theological approach, Propp places familiar stories within a fresh context. The result is a fully accessible guide to one of the most important and best known books of the Bible.

William H.C. Propp is a professor of history and Judaic studies at the University of California, San Diego. He has written on the Hebrew Bible for such respected scholarly journals as the Catholic Biblical Quarterly, the Journal of Biblical Literature, Vetus Testamentum, and Bible Review. He lives in La Jolla, California.