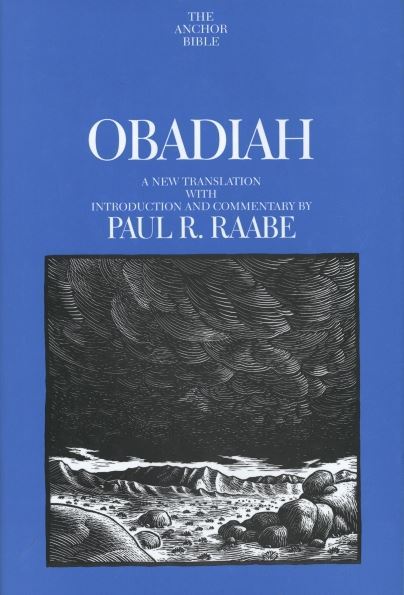 Obadiah exemplifies the classic Israelite prophetic tradition. This brief but volatile diatribe encompasses many of the great prophetic themes, such as divine judgment against Israel's enemies, the day of Yahweh, Zion theology, Israel's possession of the promised land, and the kingship of Yahweh. These themes allow Obadiah to transcend time and touch upon some of the modern Middle East's most controversial issues. Its harsh language and pro-Israelite zeal spark debate even today. Through his accurate translation and sympathetic interpretation of what the book meant to its original sixth-century audience, Dr. Paul R. Raabe relates the reader's modern world to that of the ancient Near East.

In the revered Anchor Bible tradition, the commentator provides the contextual framework to make sense of Obadiah's cryptic and often ignored prophetic message. Drawing upon an exhaustive analysis of the books grammar and philology, literary forms and context, religious and social situation, and historical context, Dr. Raabe offers us the most informed and up-to-date commentary available. Scholars, students, clergy, and laypeople will rely on Obadiah for years to come.

Paul R. Raabe is an associate professor at Concordia Seminary in St. Louis, Missouri, where he lives. He is the author of Psalm Structures (Sheffield University Press, 1990) and coeditor of Fortunate The Eyes That See (Eerdmans, 1995). He received M.S. and M.Div. degrees from Concordia College an M.A. in Classics from Washington University, St. Louis, and a Ph.D. in Near Eastern Studies from the University of Michigan in Ann Arbor.