The Holy Land Key: Unlocking End-Times Prophecy Through the Lives of God's People in Israel 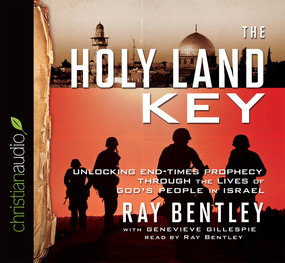 The Holy Land Key: Unlocking End-Times Prophecy Through the Lives of God's People in Israel

Title: The Holy Land Key: Unlocking End-Times Prophecy Through the Lives of God's People in Israel

The study of prophecy inspires elaborate timelines and speculation about which world leader might rise to power in the last days. But meanwhile, it’s far too easy to miss the significant prophetic signs contained in stories of biblical characters, in God’s creation, and in the lives and actions of today’s Israelis and Palestinians.

The Holy Land Key opens our eyes to little-known aspects of prophecy, including:
·         God’s master plan revealed in the seven Feasts of the Lord
·         The ingathering of God’s people, and the ways Israelis are hearing from God today
·         Significant prophetic patterns discovered in the lunar cycle
·         Awe-inspiring testimonies to God’s glory spelled out in the night sky
·         Glimpses of God’s future kingdom revealed in the stories of well-known figures from Scripture

For decades, author and pastor Ray Bentley has partnered with God’s people in Israel, including Judea and Samaria, the area known as the West Bank. There, he witnesses the fulfillment of prophecy firsthand. This is your introduction to prophetic signs that God reveals in sometimes unexpected ways. He does not want us to miss the work he is doing to usher in the coming Kingdom.
ISBN: 9781610458733