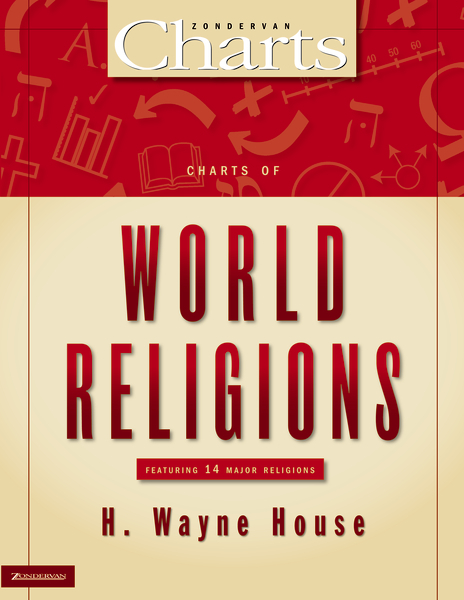 Charts of World Religions provides an invaluable resource for students and anyone interested in understanding today’s complex religious mosaic. It allows quick comparison and contrast of numerous religions. In clear, easy-to-understand charts, this book provides vital information on such topics as the origins of different religions, the nature of deity or ultimate spiritual reality, the source of spiritual truth, the nature of the human predicament, and the nature of salvation/enlightenment/liberation.

Similarities and differences between various beliefs are brought out, and subdivisions of broad categories, such as various branches of Christianity and Islam, are detailed.

“Wayne House’s Charts of World Religions is an excellent resource for both the overall picture and the painstaking details of religious belief around the world.” — Win Corduan, professor of philosophy and religion, Taylor University

H. Wayne House (ThD, JD) is distinguished research professor of theology, law, and culture at Faith Evangelical Seminary, Tacoma, Washington. He is the author of numerous books, including Charts of Cults, Sects, and Religious Movements; Charts of Christian Theology and Doctrine; and Charts of Apologetics and Christian Evidences. Dr. House is past president of the Evangelical Theological Society.